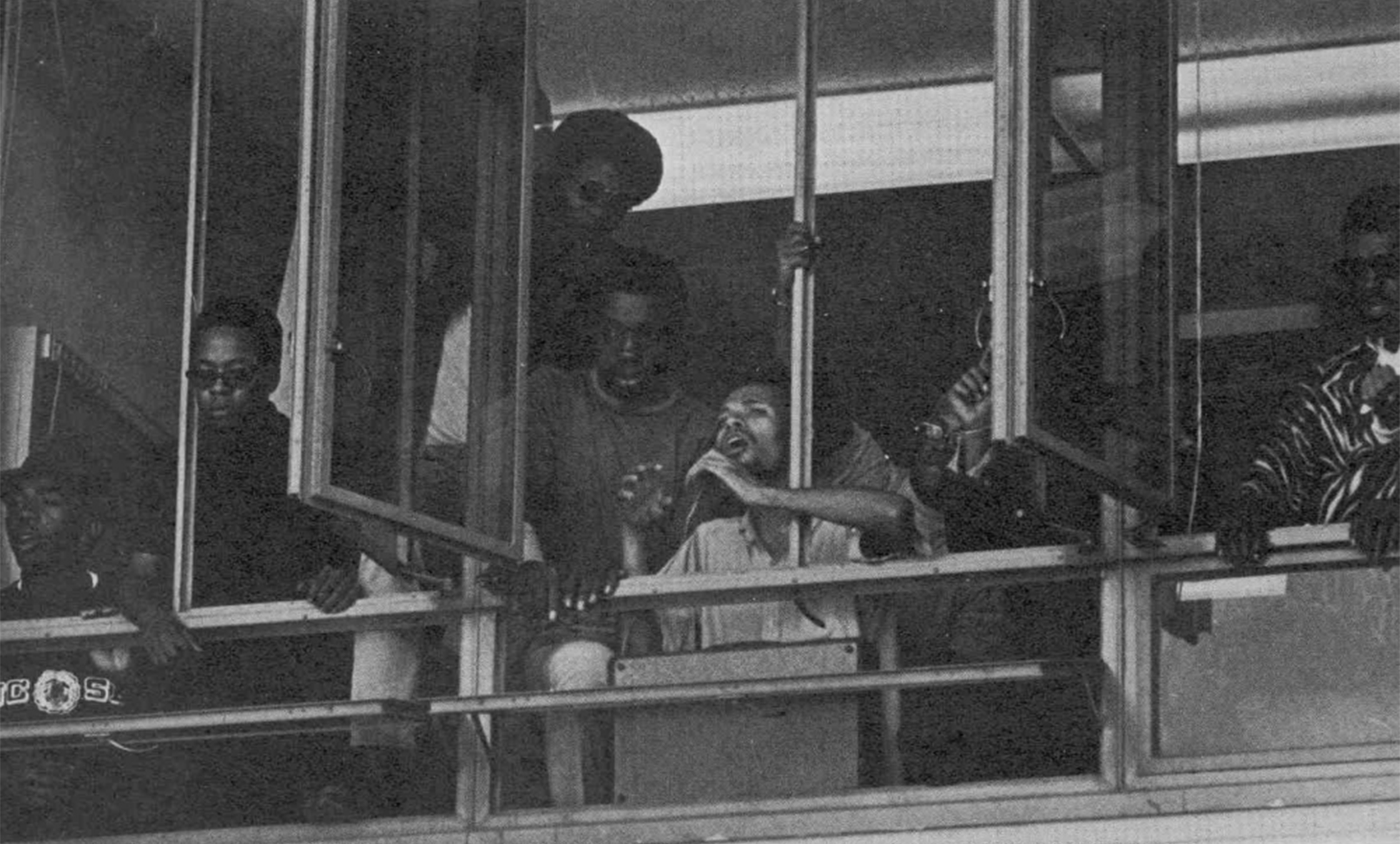 “Today Black University students, like the Black freedom movement of which they are a leading part, take change within the community as the point of departure for their social and political involvement.”

On October 14th, 1968, members of the Black Student Union organized to give voice to campus injustice.  They demanded that UCSB take action to support the Black students on campus and implement a Black Studies Department educating students and faculty alike about the complexities of the Black experience.  Sixteen members pioneered the movement, barricading themselves in the North Hall computer center around 6:30am: 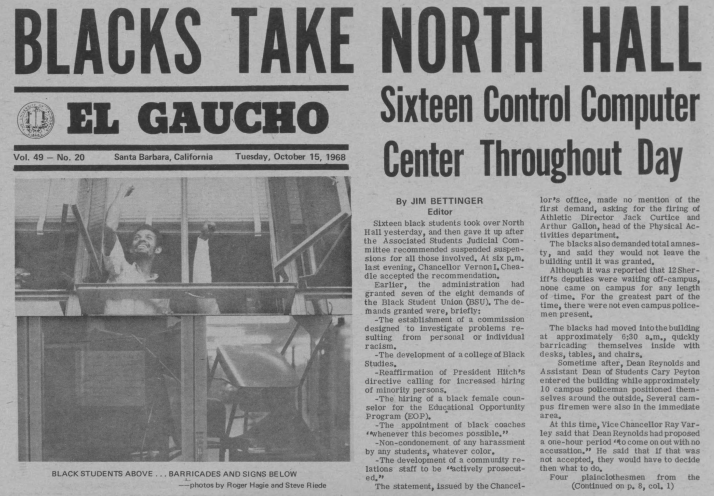 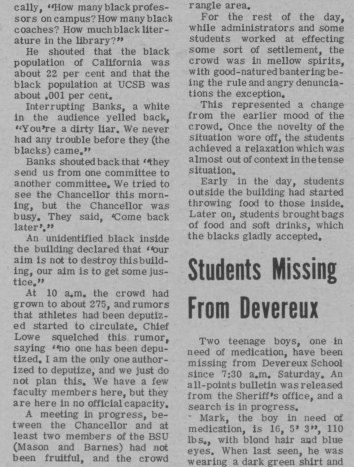 They were tired of being ignored and took to North Hall to force the Chancellor to accept this list of demands:

According to Bettinger, there was a tentative mood shift throughout the protest, beginning with a small crowd of students throwing food at the Black students barricading the hall, to around 1,000 people supporting these students by bringing them food and maintaining a mellow crowd.

Sanya Kamidi and Sofia Mejias-Pascoe, Assistant News Editors for the Daily Nexus, report that, “students planned the ‘high-risk operation’ two weeks in advance.  BSU members located all the exits in the building, prepared for attempted infiltration from police and threats of violence. They also determined how they would communicate and negotiate with key players on the outside” in their article titled, 50 Years, 12 Student and the Takeover That Changed Everything.

During the protest, there were several instances of opposition, from individual outcries to one student physically attempting to end the demonstration: 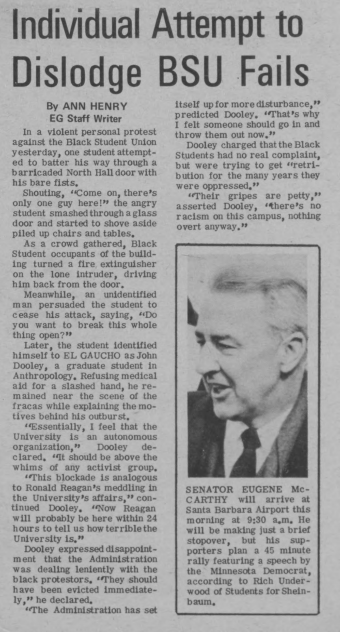 The Black students inside deterred him using a fire extinguisher, and as Dooley was being treated for a slashed hand, he said, “‘Their gripes are petty…there’s no real racism on this campus, nothing overt anyway’”.

Later that day, Chancellor Vernon I. Cheadle accepted 7 out of 8 recommendations, not agreeing to the demand to fire the “Athletic Director Jack Curtis and Arthur Gallon, head of the Physical Activities department”.

Almost a year after negotiations, the Proposal For a Black Studies Program at UCSB was finally created, outlining the administrative and academic set-up of the department.  The introduction states, “Black Studies, thus, represent the conceptualization and programming of the Black community’s aspirations as they affect the university…in short, Black students are seeking to realize a genuine freedom of expression within the university and society-at-large”. 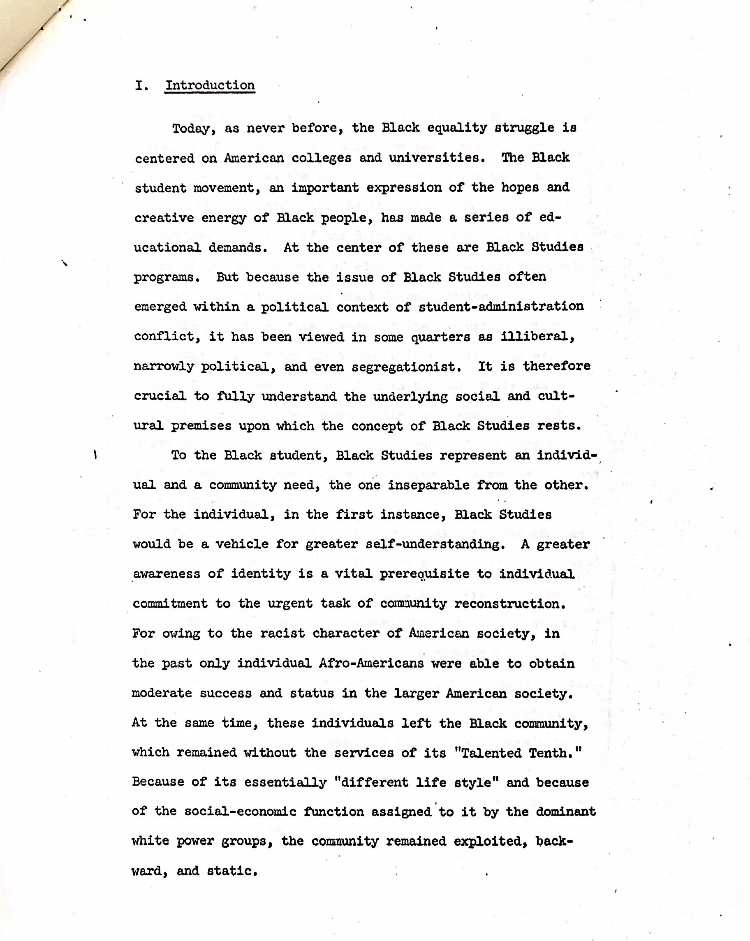 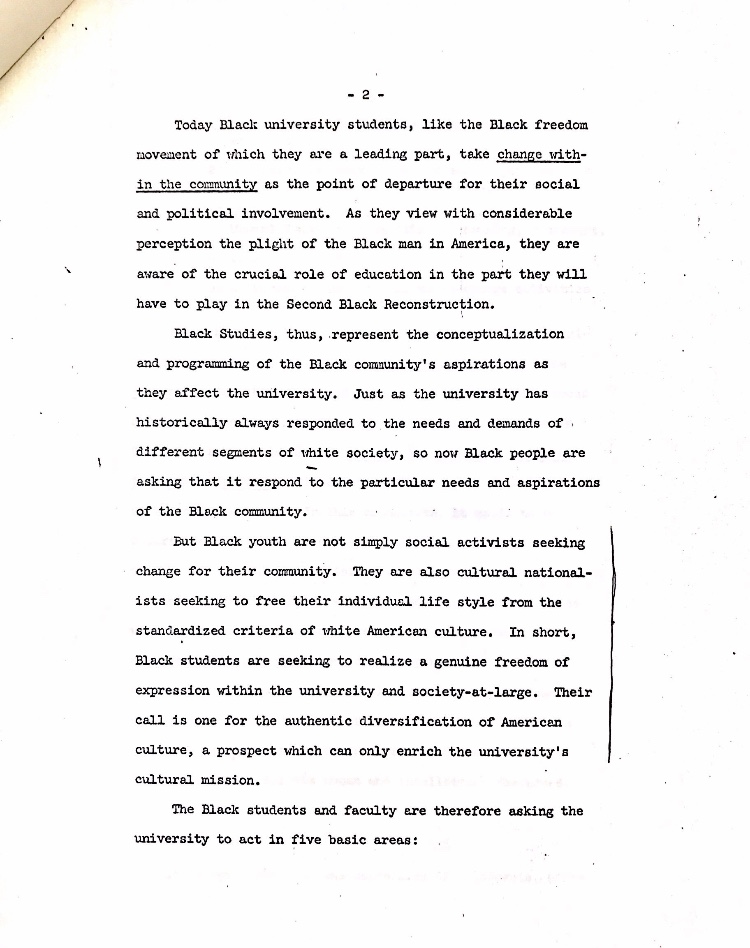 In the Spring of 1968, one year before the North Hall Takeover, the Afro-American Student Union proposed a similar UC-wide document titled Proposal For Establishing a Black Studies Program to the University of California. 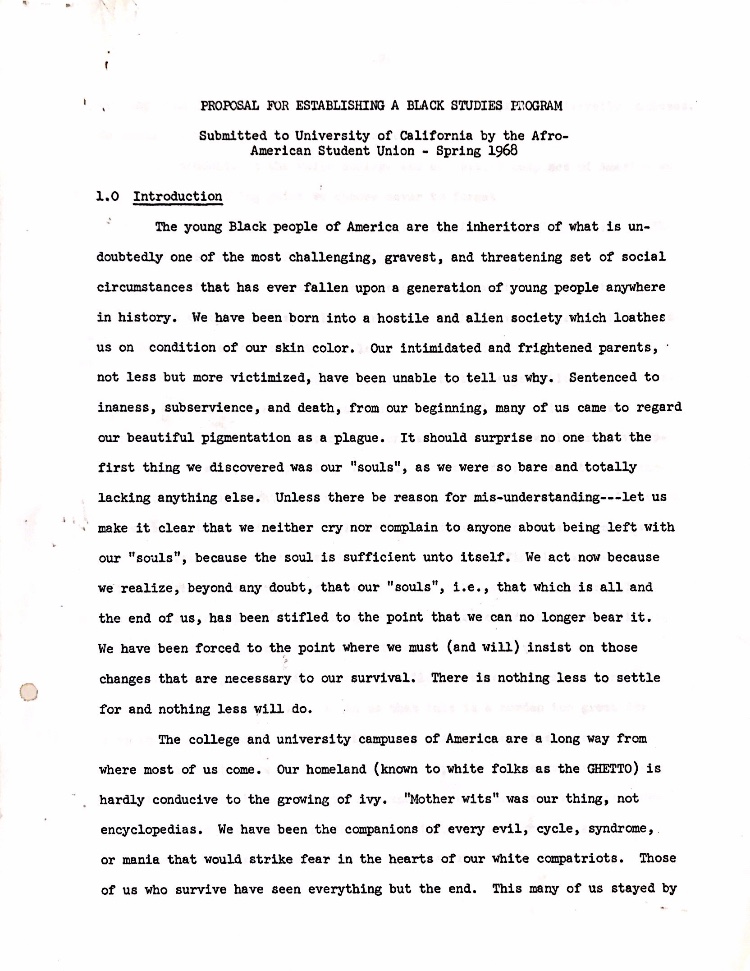 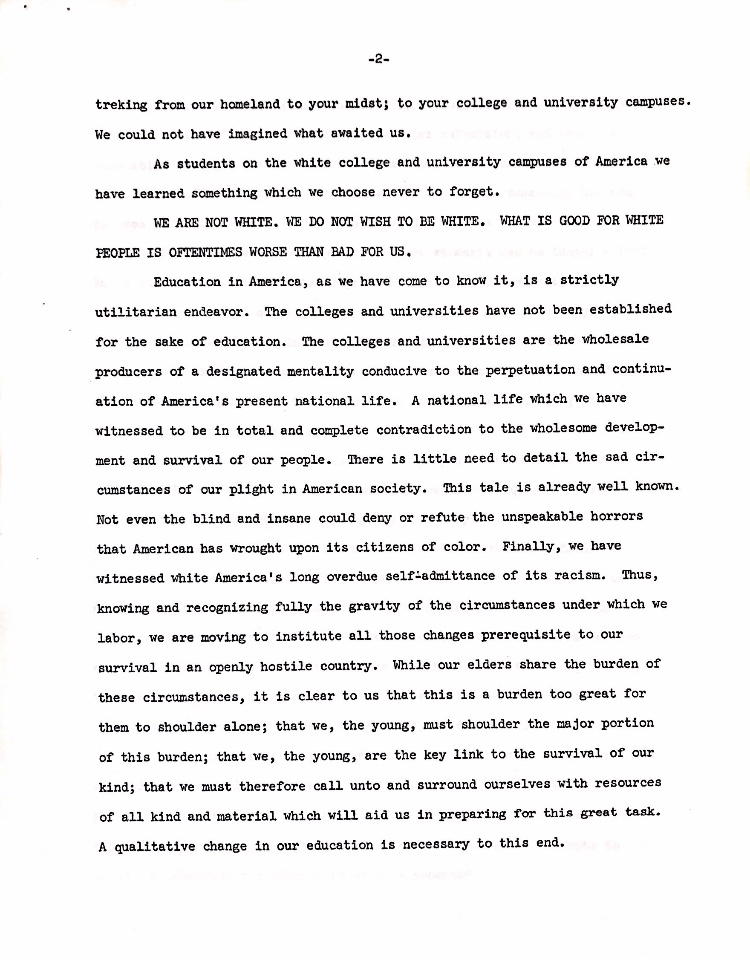 In it, they stipulate the same goals and issues that the BSU expressed during the North Hall Takeover.  This document, published months before the Takeover, may have possibly served as inspiration and influenced the BSU’s  demand for change at UCSB.

When the administration ignored their griefs, Black students turned towards each other to fight against the injustice they experienced on campus.  BSU members faced a myriad of obstacles, including threats of suspension, a violent student, and an unsure, tense crowd, to make their voices heard.  The North Hall Takeover stands as a powerful example of student action, and opened the door for establishing future Ethnic and Gender Studies departments at UCSB.